As we approach the holiest month of the Islamic calendar, there is a lot to look forward to in the coming weeks. This includes the Day of Arafah, as this is incredibly relevant to the Qurbani rituals that take place during this auspicious month. Read on to discover more about the importance of the Day of Arafah.

What is Dhul Hijjah?

Dhul Hijjah is the final and most sacred month of the Islamic calendar, and this is especially true of the first 10 days of Dhul Hijjah. During these initial 10 days, Dhul Hijjah fasting is common, as is increased prayer and Qurbani donations. This is because it’s believed that the rewards that are attained during this time are multiplied.

When is Dhul Hijjah?

Since the Islamic calendar follows the lunar year, the time of Dhul Hijjah will vary from year to year in the Gregorian calendar. This year, Dhul Hijjah is set to fall on Thursday 30th June and end on Friday 29th July; however, this is dependent on the sighting of the moon and is subject to change.

What is the Day of Arafah?

The Day of Arafah is a significant event during this month and is expected to fall on the 9th Dhul Hijjah. With this being said, what happened on the Day of Arafah? The day of Arafah is celebrated during the month of Dhul Hijjah in order to commemorate the Prophet Ibrahim’s (AS) ultimate sacrifice. Upon being asked to sacrifice his son, Ismail (AS), by Allah (SWT), Ibrahim (AS) took Ismail (AS) to the top of Mount Arafah. This was the location of the miracle that Allah (SWT) performed in saving Ismail (AS) and replacing him with a ram as a reward for the pair’s unwavering faith in Him.

Therefore, the day of Arafah is incredibly significant, as it was during this day that Ibrahim (AS) was willing to give up the most precious thing in his life in the name of Allah (SWT). This willingness led to him attaining the Day of Arafah virtues, as Allah (SWT) was able to see that there was nothing that Ibrahim (AS) wouldn’t do for him. This is how every Muslim should endeavour to lead their lives.

In order to commemorate the Day of Arafah, many Muslims will journey to the location and partake in Wuquf. This is the act of standing before Allah (SWT) until dusk before Zuhr and Asr (noon and afternoon) prayers are recited. Additionally, these pilgrims will ask Allah (SWT) for mercy during this voyage and repent for their sins.

When is 9th Dhul Hijjah?

This year, the Day of Arafah is set to fall on Friday 8th June. Once again, this is subject to the sighting of the moon, meaning that the date could shift slightly.

What Day of Dhul Hijjah is the Eid?

After the Day of Arafah, Eid al-Adha will follow. The first day of Eid al-Adha falls on the 10th Dhul Hijjah, meaning that it will likely begin on Saturday 9th June this year.

Mount Arafah itself sits just 20 kilometres outside of Mecca and reaches around 70 metres above sea level. As a result, this is the tallest point in the centre of the plain of Arafat. This incredible height has only contributed to the mountain’s wisdom, which all Muslims can learn from. Mount Arafah has overseen all manner of events and has even been the site of various significant happenings.

The ultimate sacrifice isn’t the only event to have taken place atop Mount Arafah and it’s actually an extremely important location in the Qur’an. For example, Allah (SWT) is said to have forgiven Adam’s (AS) first sin that caused his fall from heaven on Mount Arafat. Furthermore, Adam (AS) and Hawa reunited here after they were each expelled from heaven, which influences the idea of praying for a marital life partner atop the mountain.

Similarly, Mount Arafah is believed to be the location of the Prophet Muhammad’s (SAW) farewell sermon to those who joined him on the pilgrimage. It’s for each of these reasons that Mount Arafah is an area of such lofty significance within the Qur’an.

Donate Your Qurbani this Day of Arafah

As previously mentioned, the first 10 days of Dhul Hijjah bring many rewards, meaning that the Day of Arafah is one of the last opportunities to multiply your reward of giving Qurbani. In order to ensure your donation reaches us ahead of the Qurbani sacrifices taking place, you can make your donation to Orphans in Need during Dhul Hijjah.

We will ensure that your donation pays for an animal to be sacrificed in an Islamic country by word of the Qur’an and guarantee that it’s distributed to those in need. Donate your Qurbani to Orphans in Need this Day of Arafah. 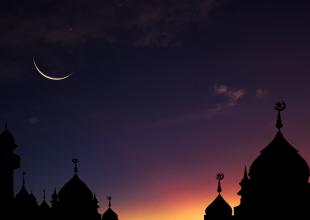 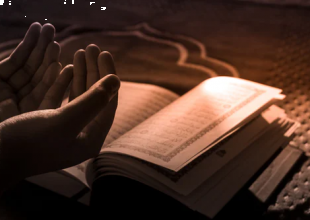