Everything you needto know aboutQurbani

It is the practice of sacrificing an animal during the last month of the Islamic calendar, Dhul Hijjah. The sacrifice is carried out between the 10th and the 12th of the month and is traditionally carried out after the morning prayers on Eid-ul-Adha.

Why do we sacrifice animals?

We sacrifice animals in memory of the Prophet Ibrahim (AS) when he was commanded by God to sacrifice his own son Ismail. Ismail was very dear to Ibrahim, he was born after much difficulty so when Ibrahim took Ismail to Mount Arafat for the sacrifice it showed his and Ismail’s devotion to God.

Ibrahim, also known as Abraham, was the first to speak up against idolaters and bring them on the path of oneness to God. He is the father of the Prophets who built the Ka’aba with his son Ismail, and his stories have laid the traditions and rituals of Hajj.

Hajj is one of the five pillars of Islam. It is obligatory for every Muslim to perform Hajj at least once in their lifetime. The Holy pilgrimage takes place in Mecca Saudi Arabia every year and its practices retrace many of the steps taken by the Prophet Ibrahim (AS).

According to the Islamic calendar, Hajj begins on the 8th day of the holy month, Dhul Hijjah, and is completed after 5 days.

What are the stages of Hajj?

Day 1 or 8th day of Dhul Hijjah – devotees arrive in Mecca and change into their Ihram. A sacred state to resemble oneness amongst all people, it is usually symbolised by wearing 2 sheets of white cloths for a man and for a woman is a modest dress covering her completely except for her face and hands.

Pilgrims circle the Ka’aba 7 times anti-clockwise, before passing between the two hills of Safa and Marwah then making the journey between Mecca and Mina.

Day 2 or 9th day of Dhul Hijjah – pilgrims travel from Mina to Arafat where they stand from noon till the sunset. They then travel from Arafat to Muzdalifa collecting stones on their way to throw at the three pillars in the valley of Mina.

Day 3 or 10th day of Dhul Hijjah – pilgrims carry out the stoning of the largest pillar as they travel back to Mina. On this day Eid is celebrated. Pilgrims then return to Mecca to circle the Ka’aba again before walking between the hills of Safa and Marwah. They then make their way back to Mina where they stay for 2 or three nights.

Day 4-6 or 11th-12th of Dhul Hijjah – pilgrims repeat the stoning of the three pillars at Mina before returning to Mecca for the last circling of the Ka’aba.

What is the difference between Hajj and Umrah?

The rituals for both are the same, the only difference is that Umrah can be done any time of the year whereas Hajj is performed at a specific time of the year, during Dhul Hijjah.

What is Eid-ul-Adha and when is it celebrated?

Eid-ul-Adha is celebrated on the 10th day of Dhul Hijjah. On this day Muslims sacrifice an animal in remembrance of the prophetic sacrifice carried out by the Prophet Ibrahim (AS).

Who should your Qurbani be given to?

Your Qurbani is divided into 3 parts. One is kept for yourself, one is given to family and the last is given to the poor and needy.

What is the importance of Qurbani?

Despite the fact that is an obligatory act to remind us of Ibrahim’s (AS) sacrifice, It is a way to remember that there is more to this world than the material things we possess and a way for us to remember the poor and helpless, and to help us build a stronger community.

Are the animals taken care of?

Orphans in Need only choose the best animals for Qurbani and take care of them all. The animals are sourced locally so that the community is supported as well as the beneficiaries. 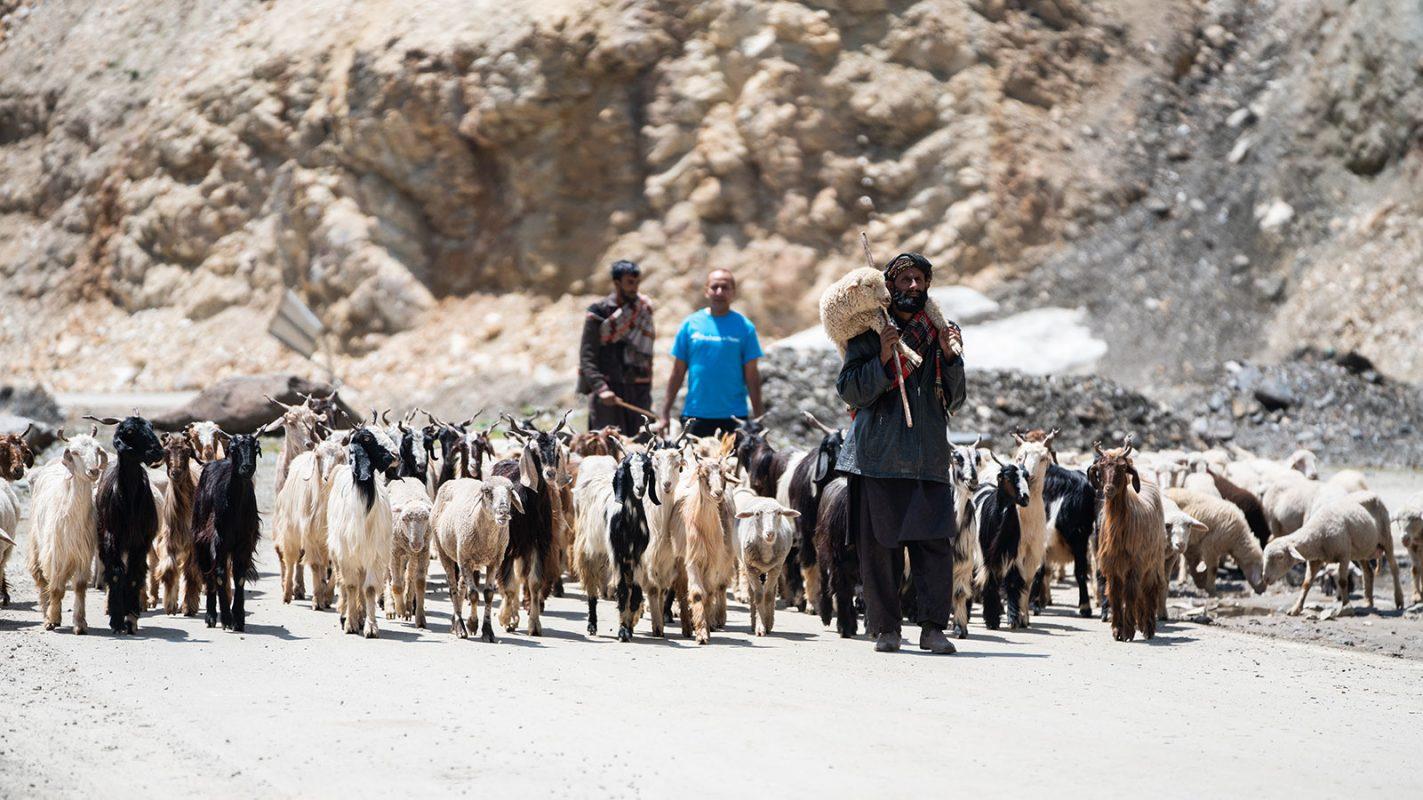 How does your Qurbani help an orphan?

Sharing Qurbani is a major part of the Eid-ul-Adha festivities, giving an orphaned family a share of your Qurbani will make them feel as though they are an equal, as they should. It will bring their families happiness at such a special time and will let them forget their sorrows for the day at least.

Give your Qurbani through Orphans in Need

Winter as an Orphan

Why is There a Water Crisis in India?

How Many Orphans are in Nepal?

Winter as an Orphan

Why is There a Water Crisis in India?

How Many Orphans are in Nepal?

Who is Helping Sierra Leone?

How You Can Help a Child in Kenya

What Can I Do to Help Sri Lanka?

How Bad is the Senegal Refugee Crisis?

Child Marriage in The Gambia

What is Being Done to Help Somalia

Your Qurbani was Delivered