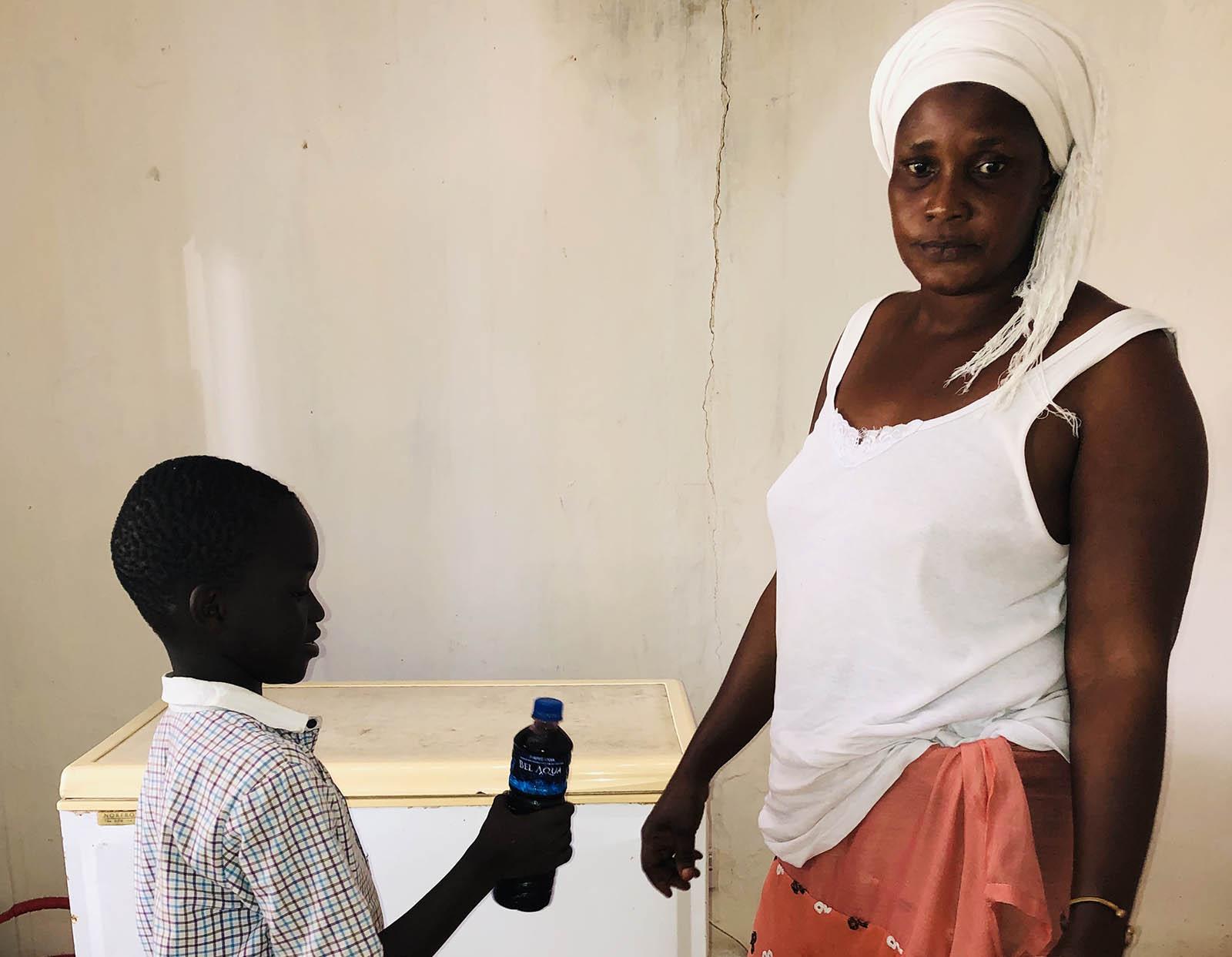 Every year, International Widows Day brings the opportunity to raise awareness of the difficulties widows have to face, to share their stories and have their voice heard, and to empower widows everywhere so that they can support themselves and their children and not fall deeper into the depths of poverty.

Almost a third of the world’s population of widows reside in India and China, that’s more than 46 million women. To put that into perspective, that’s the entire population of Spain.

The plight of widows vary from country to country, depending on their race, culture, society, religion, and age. International Widows Day aims to help the widows worst affected in countries where the government or society fails them, like sub-Saharan Africa, where ‘cleansing’ rituals like having sex with the relatives of the deceased are still practiced. This day is to put an end to the injustices against widows.

Orphans in Need believe in empowering widows. We’ve built houses for many widows and given basic necessities like food, water and medication. We believe in reinstating their rights, helping them become independent and learn skills they can make a living out of just like Fatoumata.

Fatoumata Samateh was part of a Widows’ Livelihood Project funded by Orphans in Need. This project empowered widows through supporting small scale businesses and provided training in entrepreneurship so that widows can make a living for themselves.

Fatoumata lives in Brikama, The Gambia. Her husband died in hospital after respiratory failure. Fatoumata has five orphan children out of which only her daughter is sponsored by Orphans in Need. In 2018 Fatoumata took part in the Widows’ Livelihood Project with a small group of widows just like her. The training taught widows how to set up a business, make a profit, and how to save.

What Fatoumata did after her training was amazing.

The training made her more business aware and the extra money she received from her daughter’s sponsorship; she invested in a small business. Fatoumata was lucky to have a freezer so what she did was make wonjo juice, a common Gambian drink made from hibiscus flowers, she froze the juice which Fatoumata then sold as ice lollies. Wonjo juice is a popular drink in The Gambia, so the demand for the ice lollies was always there. With her earnings, Fatoumata was able to do a lot more for her children. She was able to buy more food and medicine when needed, pay her bills on time without a worry, she even had enough to add to her savings account.

Fatoumata is an inspiration to many other widows. Despite the loss of her husband she did not allow herself to become dependent on anyone else. She was determined to make a living to look after her family. Fatoumata is proof of how just a little support and guidance can help widows and orphans live a better quality of life. 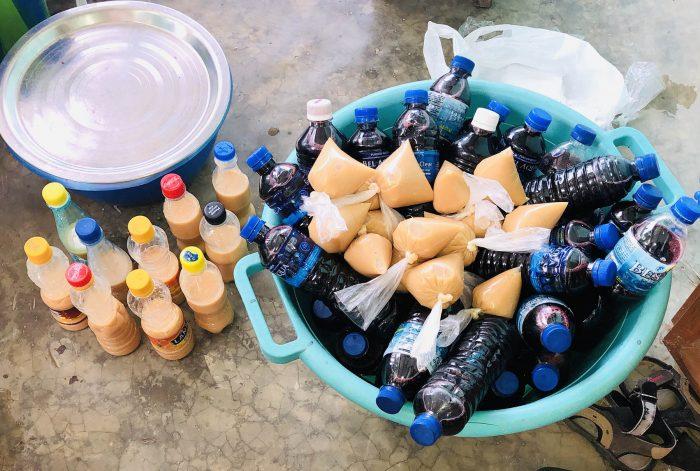 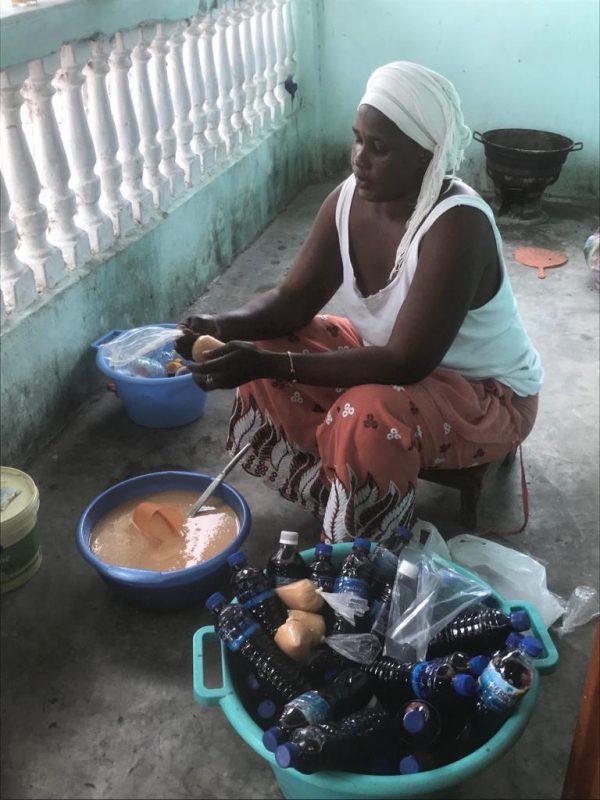 We have come across many widows in our years of work who have lost their husbands in workplace accidents, road accidents, targeted bombings, violent attacks, sickness and disease. In many cases, the families were living comfortably until the death of the father or husband.

New widows are stripped of their rights, they are kicked out of their homes and made homeless, they are disowned and given no support from the government or relatives. Majority of widows living in third-world countries have no education or tradeable skills and end up begging or forcing their children to beg. What’s worse is that they often turn to prostitution or exploit their own children to make a living.

We have seen the lives of widows and their children deteriorate because of the poverty, abuse and neglect they have been exposed to. As mothers of orphan children, we advocate for their wellbeing so that they can look after the wellbeing of their children.

According to the United Nations, there are over 258 million widows around the world with a vast number living in extreme poverty. With the recent Covid-19 pandemic this figure has surely risen as more women have lost their husbands to the virus. In an already difficult situation, women and children must mourn their losses alone without any comfort from loved ones or support from the authorities. To make matters worse, strict lockdown measures mean that the new widows cannot leave their homes to buy food or look for work. They are forced into deep poverty.

The importance of supporting widows at this time cannot be stressed any further. Just like Fatoumata, WE can help get widows back on their feet.

International Widows Day is an opportunity for us to empower widows. Encourage them and build their confidence again, educate them about their rights as a woman and a mother, and help them build a stable future for themselves and their children. By raising awareness, we can change the dialogue in patriarchal societies, fight the stigma attached to widows and encourage them to be the patriarch of their own family.

If you want to help a widow, start by alleviating the fear of starvation from them and donate a Widow and Orphan Food Parcel. If you want to know how else you can help, click here.