From humble beginnings to an internet sensation: SuperSaf speaks...

Renowned for his signature sunglasses, the British Muslim has soared into an internet sensation. I think ‘super’ is an understatement. Saf manages to produce all of his own content and regularly posts to his three million social media followers. But who is the Saf behind the shades?

“I’m just regular old Saf!” he says, sitting in his home studio. I wonder what made him sign up to YouTube over a decade ago. He tells me how he was “fascinated” by YouTube and the online world in general. “My dad always says: ‘Allah helps those who help themselves’. A platform like YouTube allows you to make your own opportunities, you don’t need to rely on anyone else. You can just make content and put it on there. Insha’Allah, if it’s good, you’ll find an audience.”

The youngest of four brothers, the globally-celebrated internet blogger grew up in council flats, and reminisces how his family couldn’t afford internet access at home. With local crime rates on the rise, his parents kept him and his siblings at home. It was his father’s video camera that kept Saf and his brothers entertained. They’d often use it to film comedy skits, and Saf was always in front of the camera. From short movies to action movie trailers, “there’s still some embarrassing stuff online!” laughs Saf. 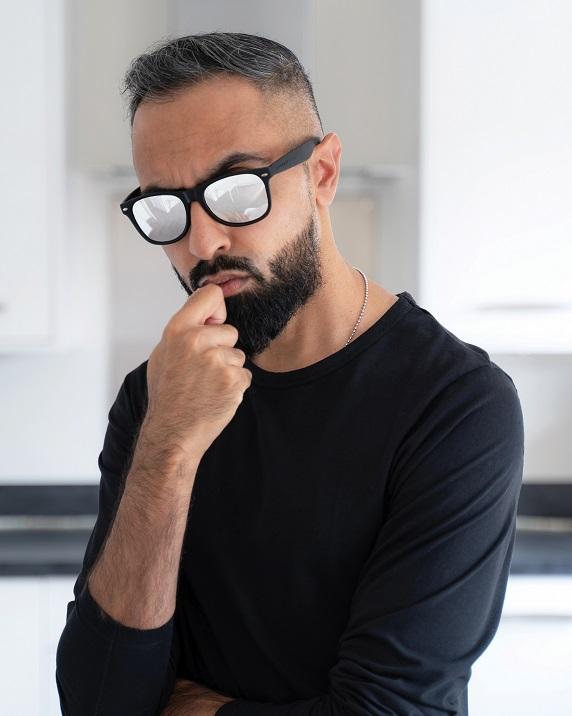 Having completed his degree in Multimedia Computing and known by his family and friends as the go-to genius for all things tech, Saf began posting technology-related content online. “The more content I posted, the more people would ask me for advice. Tech support, from just being my family and friends, then went to people from the other side of the world asking me which camera they should buy.”

Saf references a recent study which found that 75% of children from the UK and the USA want to become ‘YouTubers’. But with success comes the trial of negative comments.“10 years in, it still does affect me.” Saf does have a couple of mechanisms to deal with the negativity. The first is:

Saf tells me that for each negative comment, there are hundreds of positive ones. Secondly, Saf mentions a story in which the Prophet (saw) had rubbish thrown over him each time he passed the home of a woman. Then, one day, she did not. He (saw) learned she was ill, and went to courteously visit the woman. This story teaches of forgiveness and of harbouring no hatred.

Saf speaks of his faith and how it keeps him grounded. “It’s the base of everything I do and it keeps my intentions in check.” It’s easy to get caught up in the world of So you want to be a YouTuber? From humble beginnings to an internet sensation: SuperSaf speaks… technology. While he may skip lunch to focus on his work, Saf credits his prayers for breaking up his day, as they are compulsory and bring him away from his screen.

An important thread that intertwines our faith is the practise of giving. Speaking of Orphans in Need, Saf reveals he is a regular supporter of our work. Our mission to help orphans and widows prompts him to reflect on the fact that parents are a gift. “Being blessed with parents is something that we all take for granted, those of us who do have parents. Being able to help those who are not as fortunate as you is such a big, big thing. What Orphans in Need is doing across the world is amazing, and you have my full support.”