This is Bakar, 14 Years Old

Bakar, a 14-year-old boy from Somalia, had been struck by grief twice in his life when his father and step-father passed away from treatable illnesses.

His mother, Mumina, travelled 30km to reach a food parcel distribution that was carried out by Orphans in Need, so she could feed her starving children. As Mumina’s husbands were the main breadwinners in the family, when they both passed away, Mumina and her children were left with nothing to support them. Bakar, his mother, his 12-year-old sister and his half-brother and sister who are eight and six, all live in a one bedroomed house that is shared with other relatives.

Bakar was nine years old when Orphans in Need heard about his story, we decided to help straight away as we wanted to alleviate some of the stress that his family were facing. Thanks to the sponsorship money, Bakar is very healthy, he is now able to attend school and is in grade six. According to his teachers, Bakar does all of his homework and participates in class sessions actively.

Now, thanks to sponsorship from Orphans in Need, all of this has changed…

Bakar enjoys playing football with his friends, and likes to read science and Somali language books in his spare time.

When we spoke to his mother, Mumina, she said she was thankful for the sponsorship money: “I am grateful for the kind support, it helped me pay Bakar’s school fees and other costs.” Bakar said the sponsorship money is great as it helps him go to school and allows him to learn, we look forward to watching Bakar progress in his future studies! 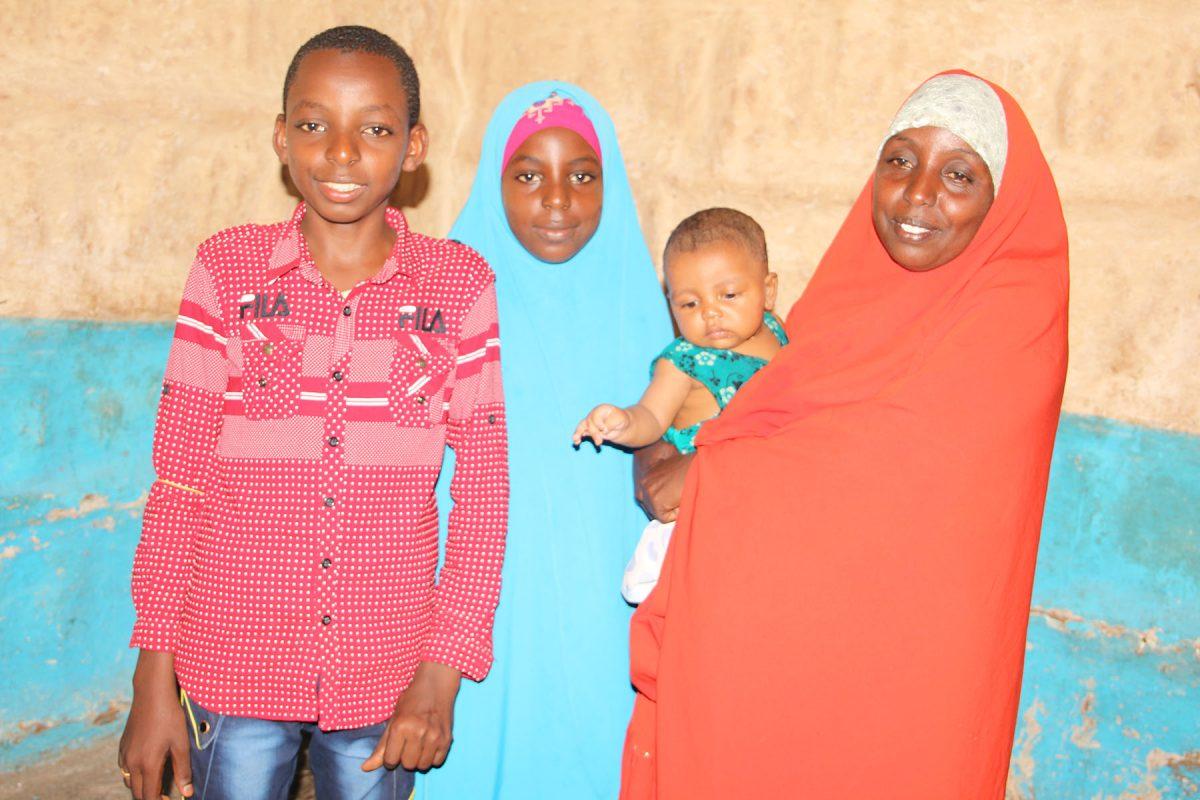 We met Daddy Mammy Coker. He is 15 years old and a perfect student in his school. He wants to be a lawyer when he grows up and his main interest is of course football.

He lives in Pakistan. In 2011, his father suffered a fatal heart attack, leaving Anees, his mother (Kousar Parveen) and sister (Zainab Noor) to look after each other.