Last week, Orphans in Need had the honour of attending the launch of Lord Mohamed Sheikh’s new book, Emperor of the Five Rivers: The Life and Times of Maharaja Ranjit Singh. The launch took place at the Nehru Centre in Central London and was attended by a range of prominent community members from a spectrum of backgrounds.

Speeches were delivered by Lord Lexden, Lady Singh, Mr Hardyal Luther and the author, Lord Sheikh. Their words and the excerpts read from the book inspired an audience which was already intrigued about this book which has stemmed from years of research and dedication. Lord Sheikh pledged that the full proceeds from the sales of the book will go to Orphans in Need; his generosity inspired the same from the amazing crowd and all copies of the book were sold out on the night.

The book is on general sale and with all proceeds going to Orphans in Need, we encourage all of your supporters to read this inspiring biography whilst helping orphans at the same time.

Ranjit Singh was the first Maharaja of the Sikh Empire and one of the greatest figures in the history of the Punjab. Despite the difficult conditions he faced, including harsh terrain, a mixed ethnic population and surrounding aggressors (particularly the British in India), Ranjit Singh managed to unite the various Sikh factions and built a nation that neighbours soon learnt to treat with respect This new biography sheds new light on this important figure in Sikh history. Lord Sheikh’s accessible account of Ranjit Singh’s life illustrates the extraordinary leadership qualities, military prowess and political skills which ensured his success as a leader in challenging circumstances. 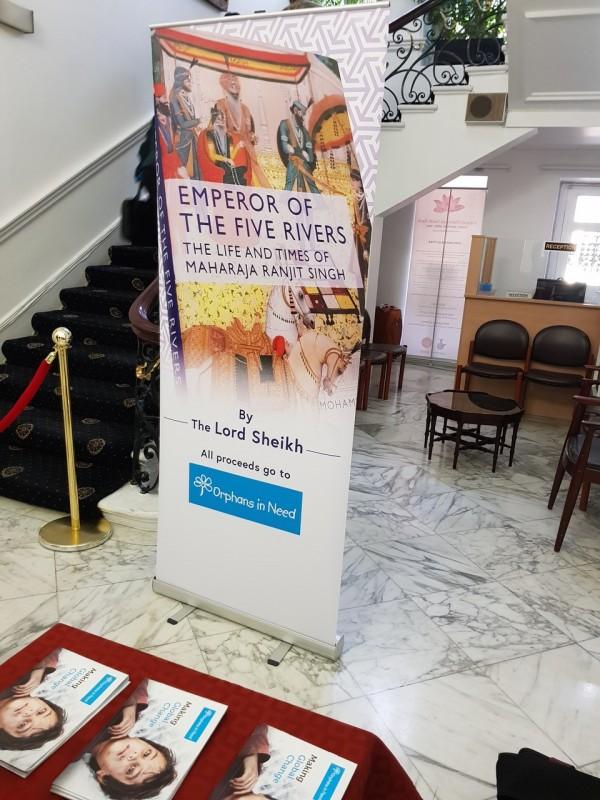